An academic has called for Shakespeare’s remains to be exhumed so that more can be learned about his life, following the successful analysis of Richard III’s bones.

Francis Thackeray, from the University of the Witwatersrand, in Johannesburg, said he was "very interested in the possibility" of examining Shakespeare’s grave.

"Given the extraordinary success of the study of the skeleton of Richard III, we recognise the potential of undertaking forensic analyses of the Bard," he said.

Prof Thackeray believes analysis of his bones could reveal new information about how the playwright lived, what he ate and drank, whether rumours are that he smoked cannabis are to be believed, The Times reports.

However, he acknowledged that the epitaph on Shakespeare’s grave might prove to be a stumbling block. 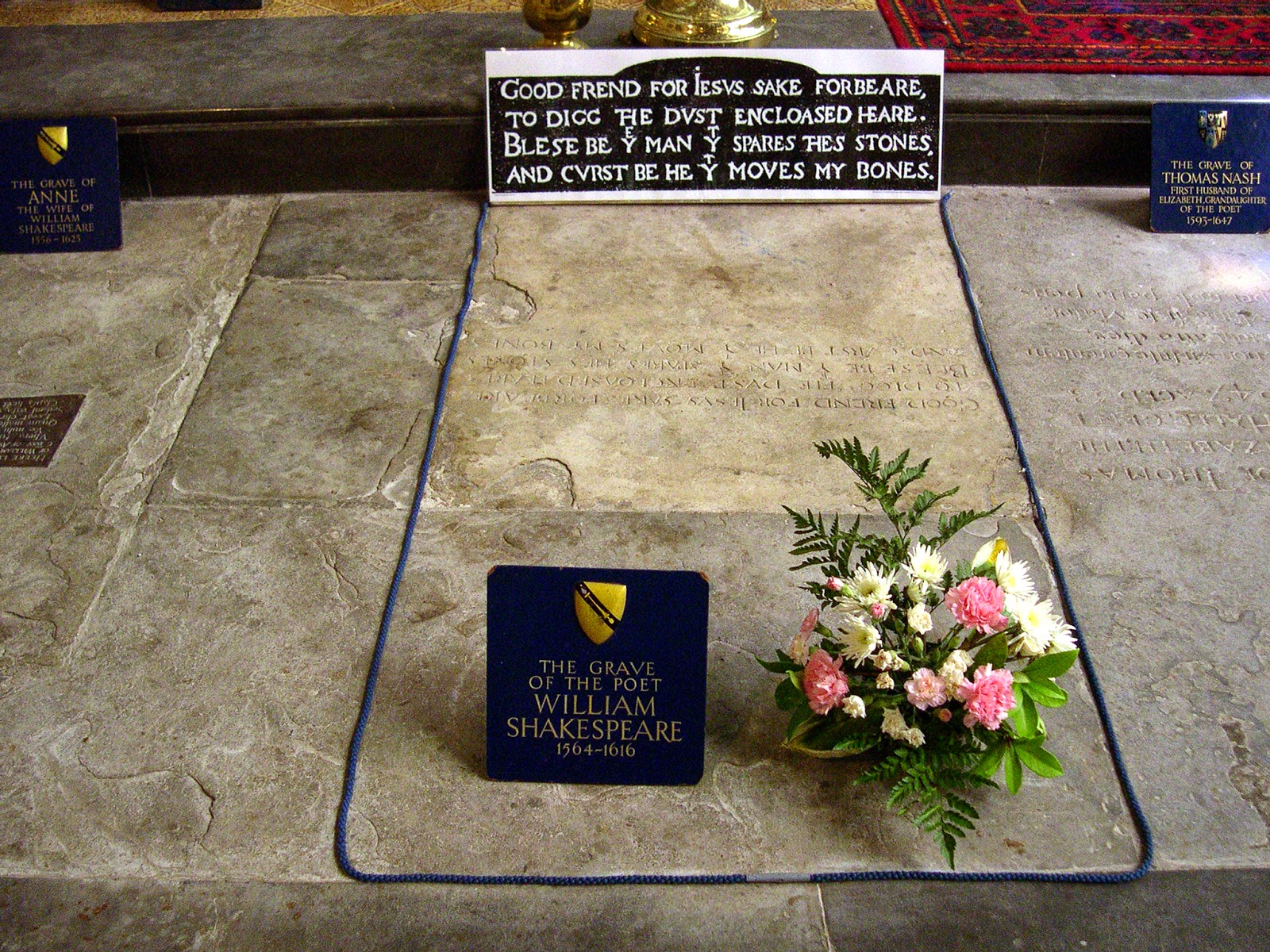 The Bard is said to have lived in fear of exhumation and had an unusual obsession with burial and the mistreatment of corpses.

The inscription on his tomb in Stratford-upon-Avon reads: "Good frend for Jesus sake forebeare/ To digg the dust encloased heare/ Bleste be the man that spares thes stones/ And curst be he that moves my bones."

[I know that academics are as good at creating and publicising sensational stories as politicians and no doubt Prof Thackeray is seeking to raise his profile – and very likely funds – for a research project.  However, let’s hope that we are not on the verge of a great wave of exhumations of long-dead famous people in order to answer unnecessary questions about their diet!  The cult of celebrity!!]