A previously unknown 10-room Mycenaean palace, has been unearthed at Ayios Vassileios, 10 miles from Sparta, is filled with ancient cultic objects and clay tablets written in a lost script.  Artefacts include bronze swords, ornate murals, a cultic cup with bulls head and other religious objects. 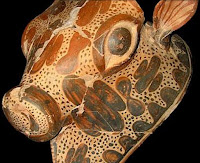 Evidence shows that the palace was burnt to the ground in 15th or early 14th century B.C.

According to Cambridge University’s Torsten Meissner, this is a highly significant find. 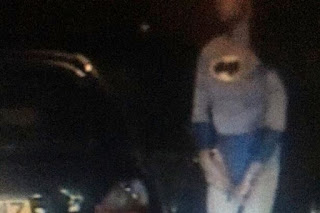 As reported on Mirror.co.uk:

It was a Dark Knight Rising for the motorist in Birmingham dressed as Batman who was booked for driving without a licence and insurance.

Holy crime fighters! You Gotham Be Kidding Me!

Even superheroes need car insurance when they get behind the wheel in Birmingham.

Traffic cops were confronted by the caped crusader when they stopped a vehicle on the mean streets of Rubery last night, reports the Birmingham Mail. 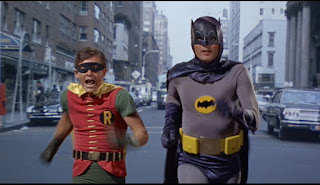 It was a Dark Knight Rising for the motorist dressed who was dressed as Batman - because he was booked for driving without a licence and insurance.

The Batmobile - a humble saloon - was seized by officers from Central Motorway Policing Group.

It isn't clear why exactly the man was dressed as Batman....[though as far as I am concerned there doesn't need to be a reason].

Posted by Export & General Insurance at 10:24 No comments:

Giant lions and cave bears do battle in the Mousterian 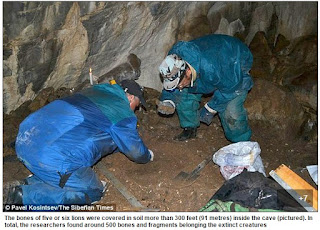 Animal bones dating back as far as 60,000 years have been found in the Imanai cave in the republic of Bashkiria, deep within the Ural Mountains of Russia.

Pavel Kosintsev, of the regional Institute of Plant and Animal Ecology in Yekaterinburg, told The Siberian Times that, 'We found about 500 bones and fragments of bones of the giant cave lion……..Such a large quantity of giant cave lion bones at one site is really unique, the only one in the world so far discovered…..Usually lions did not go so deep into the cave, it is not typical for them.’

'We also found the skull of a cave bear pierced with the spear, yet there were no evidence that ancient people hunted cave bears, at least not in the Urals,'  said Mr Kosintsev. 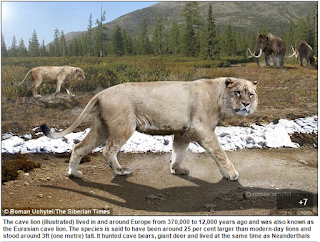 He suggests that the cave may have been a ritual site where animal sacrifices took place.  Given the size of their size and perhaps the danger they posed, I feel that this explanation might need a little more evidence to back it up - the ritual killing of giant cave lions and cave bears would certainly have been a risky exercise!

Though, a spear through a bear’s skull is certainly indicative of death by hominid!  Further analysis of the bones will no doubt bring to light a clearer view of the often used 'ritual' explanation.

Posted by Export & General Insurance at 17:38 No comments: