AOC archaeology group is further expanding its York team having seen staff numbers grow from two to seven in two years along side quadrupling turnover.

With a pipeline of work coming in from sites across the region, AOC Archaeology Group is looking to appoint an additional three permanent staff to meet the challenges of the expanding workload at its York office.

York team manager, Mitch Pollington, who was recently appointed a company director, said: "The success of the York office has been down to the hard work, skills and experience of the team that we have built, by encouraging the development of our staff through training and promotion, and with it creating a really enjoyable and dynamic team culture."

AOC Archaeology Group was established in 1991, and operates a network of offices across the UK, including a site at the Raylor Centre in James Street, as well as Edinburgh, Inverness and London.

Recent projects have included major road schemes in Beverley and Brough, large-scale residential developments in the Midlands and an excavation on a large medieval site in Hull.

The firm also carried out the ‘Hidden Guildhall’ community archaeology excavation that was carried out next to York’s Guildhall last summer.

The application of the latest digital technology has been one part of the team’s success, including geophysical survey and the use of ground penetrating radar (GPR) to produce 3D images of buried archaeological features, without disturbing the ground.
AOC’s managing director Andy Heald said: "The York office is an excellent reflection of the wider AOC Group.

"Despite being in the midst of a recession for the last five years our service offering, turnover, market share, client groups and number of staff have continued to grow year on year." blished in 1991, and operates a network of offices across the UK, including a site at the Raylor Centre in James Street, as well as Edinburgh, Inverness and London. 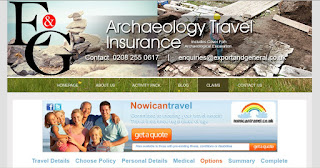 Many travel products will not cover you for excavation and survey work while abroad – you will often find that ‘manual labour’ is excluded from cover – and this would include archaeological work.

We have teamed up with “nowicantravel” to provide cover for “manual labour” as standard. 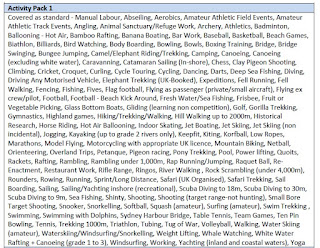 Whether you are off on a 12 month backpacking trip and join an excavation for a couple of weeks in Peru or you’re off to France for a 2 week survey – you will be covered.

We also have a ‘cruise’ travel insurance product as well as a skiing policy. 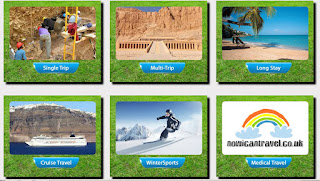 Because of some of the work we do with the Disabled Students Association, we also provide cover for individuals who may normally find it difficult to get travel insurance – whether because of pre-existing medical conditions or age, we should be able to get you insured.

Finally, we can also offer group discounts on annual and single trip policies.