The Canal and River Trust is working with specialists from Nexus Heritage, at the historic canal wharf, smelting house and bone manure works at Maesbury Marsh, near Oswestry in what is billed as a Time Team-style archaeological dig.

It is hoped that dozens of would-be archaeologists will take part in a community excavation of this important historical canal site from Tuesday 21 – Sunday 26 April.  [Sorry that my notification is a little late!] 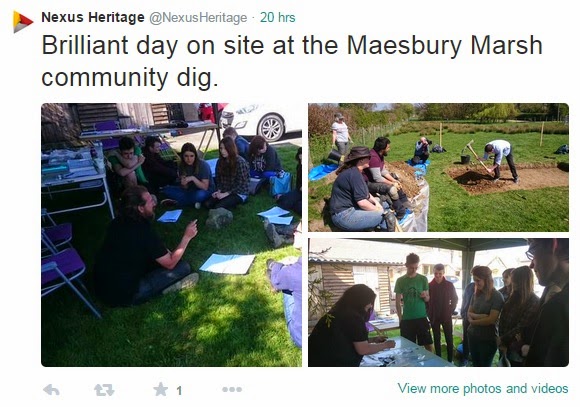 Everyone's invited to inspect the work at a special open day on Saturday 25 April, 11am – 3pm. You'll be able to speak to the archaeologists and see what treasures have been unearthed. You're also invited to add to the unfolding story by bringing old photographs or memorabilia of the canal wharf to the event.   From the twitter feed, it looks as if this is very successful and enjoyable so far!

“Nexus Heritage is a dynamic and energetic team of heritage professionals with a wide range of expertise and experience. We believe that we can build a better future by inspiring people around the world to value the past. We are founded on a belief in working collaboratively with our clients and other stakeholders. We build partnerships around the world, who share our passion for making the past relevant to the present and a benefit to the future.” 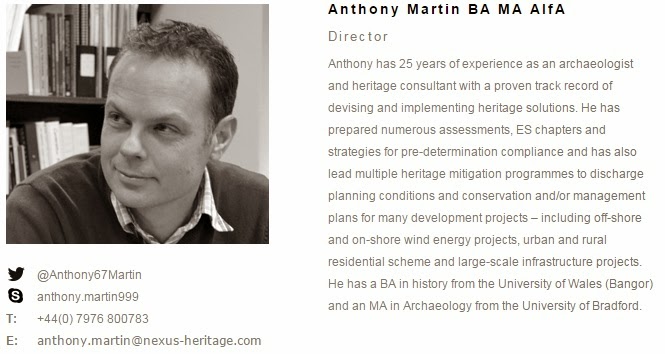 Based in Eastham Cheshire, Nexus undertakes commercial and community work and has been involved in (or run) projects all over the UK, in Europe, Mongolia, Senegal, the Republic of the Congo, Bulgaria, Romania and Russia!

Posted by Export & General Insurance at 15:05 No comments: 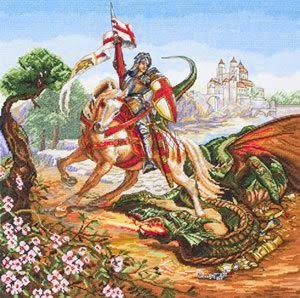 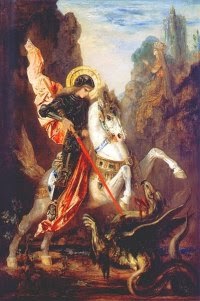 Guess who is off to Waterloo this summer?

The Defence Archaeology Group led by Diarmaid Walshe will be excavating with Prof Tony Pollard's Glasgow University team at the site of Hougoumont  - a key location during the Battle of Waterloo.


Hougoumont is a cluster of 12 buildings situated in woodland directly below the main position selected by the Iron Duke to break up the advance of the French infantry.  As the battle reached a critical moment, with 14,000 French soldiers on the brink of breaking into the compound and securing victory, Corporal James Graham, a 24-year-old guardsman, closed the large gates of the farm while under fire.

According to Mark Evans, “Every guardsman from day one in training is told about Waterloo and Hougoumont and what that means to be a Coldstream Guard.”

Mark Evans is a former Coldstream Guards officer, who narrowly escaped death while fighting in Afghanistan, and is a member of the DAG team (as I will be, though my excavation skills are rusty!).

Archaeologist Sonia Harmand, of Stony Brook University in New York presented her findings at the annual meeting of the Paleoanthropology Society in California.  She said that in 2011, after taking a wrong turn, she and her team spotted a cluster of tools on the landscape, and began to excavate.

The site is now know as Lomekwi 3, just west of Kenya’s Lake Turkana.

Since that initial discovery, the team has unearthed a total of 20 flakes, anvils and cores.  All of the materials were immaculately preserved in sediment, and an additional 130 pieces were found on the surface.

Alison Brooks, an anthropologist at George Washington University, agrees with Harmand’s view, saying of the tools that “they could not have been created by natural forces… the dating evidence is fairly solid.”

Before this discovery, the oldest known stone tools were found in Ethiopia and are approximately 2.6 million years old.  In addition, researchers in Ethiopoa discovered animal bones that were 3.4 million years old displaying evidence of cut marks on them, meaning that early human ancestors inflicted these marks using stone tools.

The origin of tool-making is long-thought to begin with the appearance of the genus Homo at about 2.8 million years. This new evidence potentially suggests that either ancient australopithecines like “Lucy” had developed stone tool use before Homo evolved, or else older members of the Homo genus have yet to be found.

“I think [australopithecines] would have had the cognitive capabilities to do it, and even though their hands were probably not as dexterous, they probably would have had no problem flaking stone,” says Nicholas Toth, a paleoanthropologist at the Stone Age Institute and the University of Indiana, Bloomington. Posted by Export & General Insurance at 17:56 No comments:

Archaeology volunteers from the Horsham district have expressed ‘enormous concern’ at changes to specialist advice on proposed developments.