I believe that I wrote this in 1995 - following a very successful experiment butchering a roe deer with handaxes made by Phil Harding from Boxgrove flint.  (I look at this stuff sometimes and wonder how I came up with these ideas!!).

We butchered an entire deer carcass with only handaxes.  The butchery was undertaken my Peter Dawson, a professional butcher, who had never seen a handaxe prior to the experiment.  One of the aims was to test the handaxe's ability in the hands of a butchery expert - and the results were pretty startling: the finger-and-thumb grip; the gentle slicing; the value of the tranchet edge; the beautiful balance of the tool.

The whole experiment was filmed using two video cameras  and two still cameras - and it was hoped that the footage would be edited one day.....one day.....

If you'd like to know more, let me know. 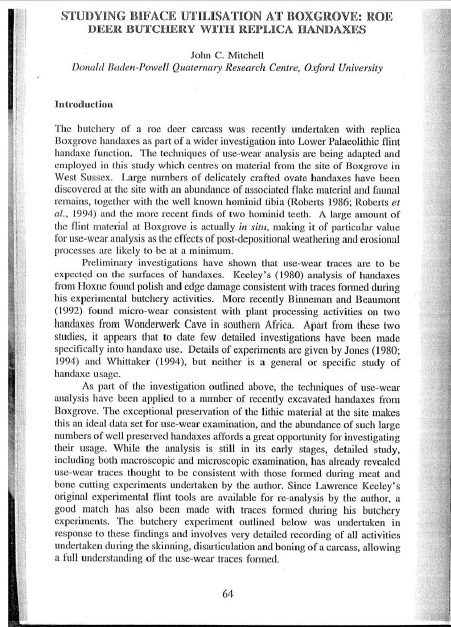 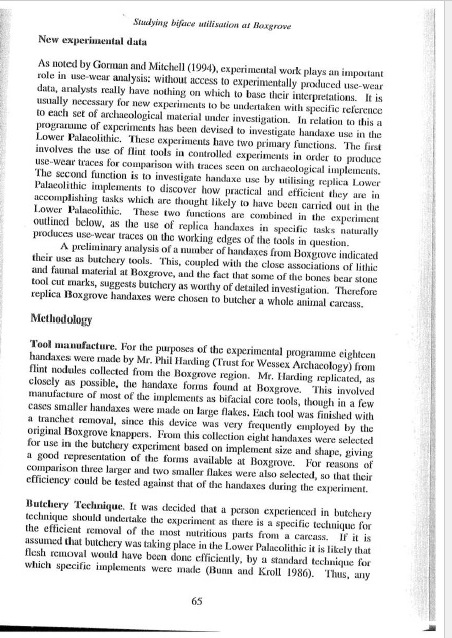 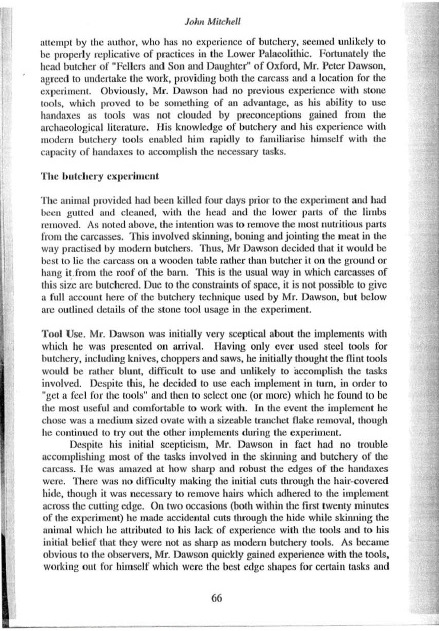 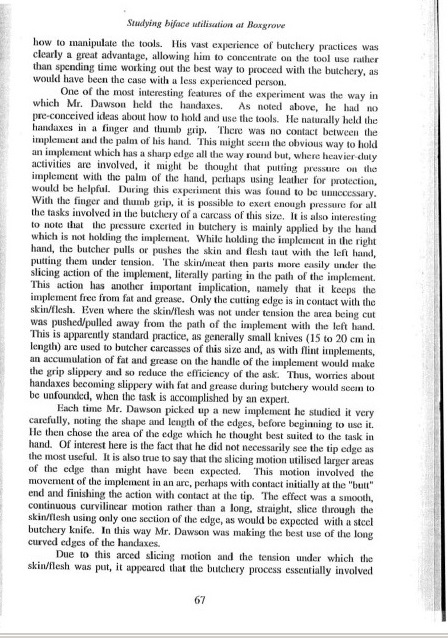 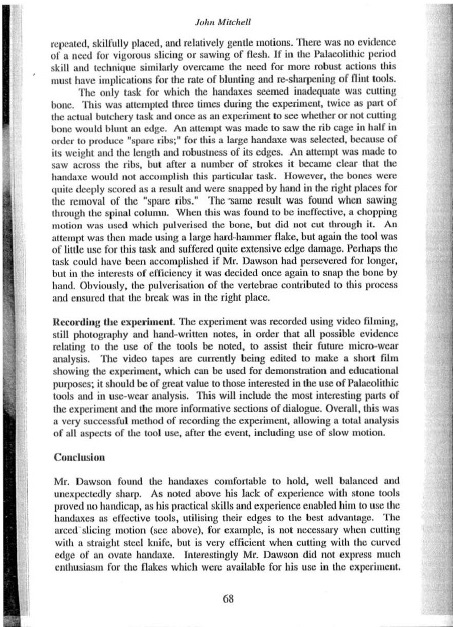 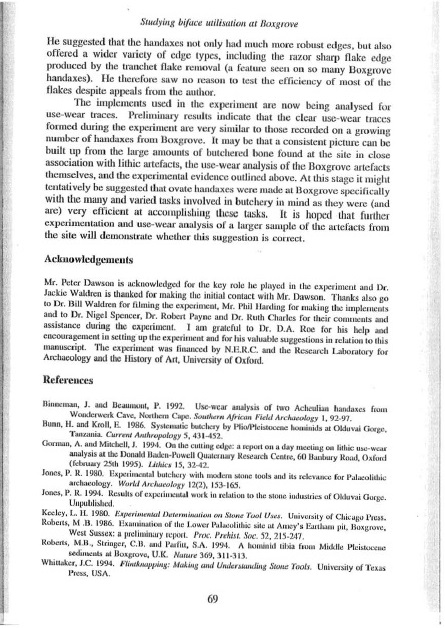