The skeleton of a young girl has been disinterred in San Calocero, Italy, and is believed to have been accused as a witch before she was murdered.

The girl - whom scientists determined was severely malnourished at the time of her death, and between the ages of 14-17 - was buried under stone slabs.

The finding was made by Philippe Pergola of the Pontifical Institute of Archaeology and his team, following a like discovery close to the site two years ago of an original "witch girl" who was also malnourished. Both girls are believed to have been the victims of the same macabre ritual.

The burial of the condemned girls - while they were possibly still alive - may have followed such tribulations as burning and being swung by the elbows. The fact that the recovered body's head was almost touching its breastbone suggests that the girl may have also been thrown into the pit.

Both skeletons are dated between the ninth and fifteenth centuries, when suspicion of witchcraft was a fixture of life in parts of the continent.
Posted by Export & General Insurance at 11:28 No comments:

The YouTube channel "Martian Archaeology" has singled out a sphinx's face on a pyramidal rock formation on Mars - calling the photographs produced by NASA conclusive evidence of an ancient civilisation.

The photos in question were taken by the famous rover Curiosity which has hitherto found no evidence of life at all - even on a microscopic level. In recent months, however, evidence collected by Curiosity indicates that water may once have existed on Mars. The US Space Agency even suggested that large oceans may even have existed on the planet's surface.

But Martian Archaeology still isn't satisfied, and says that the NASA photo of the sphinx is part of a larger body of evidence which proves beyond doubt that an ancient civilisation once thrived on Mars.

Posted by Export & General Insurance at 13:16 No comments:

A museum in north China's Hebei Province has unveiled a new exhibition consisting of ancient Buddhist statues and fragments, many of which are over 1,500 years old.

Having documented an excavation in Mes Aynak, Afghanistan of priest-king and buddhist statues (click here), the news from Hebei has made E&G staff particularly excited.

So much so that we've dispatched a member of our team on tour in China - we hope he'll be visiting the Hebei Province museum and report back to us.


For specialist insurance for archaeologists, click here.
Posted by Export & General Insurance at 10:53 No comments:

Modern Europeans are the genetic descendants of a recently discovered "fourth tribe", researchers have confirmed.

It was thought that Europeans are a mix of three distant populations: hunters; Middle Eastern farmers and easterners who arrived during the Bronze Age.

But Nature Communications has revealed that genetic material retrieved from a skeleton in the Caucasus points towards a fourth population which has contributed to the European gene pool.

Genomes harvested from burial sites thanks to scientific advances has meant that more data about ancient humans can be collected - altering our conception of our genetic legacy.

Of the three tribes previously thought to have been the exclusive ancestors of modern Europeans, the hunter-gatherers were the first to arrive in Europe before the Ice Age.

The migration of Middle Easterners 33,000 years hence shifted the genetic paradigm and introduced agriculture to Europe. 4,000 years later the Yamnaya - a herder people whose genetic contribution is concentrated most voluminously in the modern Norwegian population - entered Europe from the Steppes.

This groundbreaking discovery means researchers are likely to be puzzling over where the "fourth tribe" fits into the genetic story of Europe for quite some time yet.
Posted by Export & General Insurance at 15:41 No comments:

We attended the CBA South-East Conference and AGM on Saturday – where we met some very interesting people and had a fantastic time!

While we didn’t attend the lecture sessions, the feedback we got from those who did was fantastic! 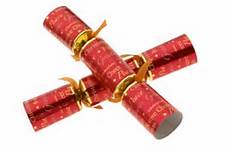 Just about everyone there (with a few exceptions) pulled a Christmas cracker with us too!

From our point of view, we found yet again that there is a great deal of interest in our insurance services - and we were able to provide quotes 'on the spot' for a number of individuals, local societies and commercial businesses.  Of course we will be following up all of those enquiries in the coming days - and getting some new clients on cover! 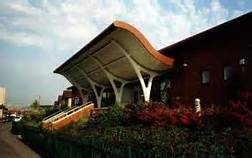 The Chinese Lamps That Swallow Smoke

What's the most curious thing unearthed in archaeology this week? 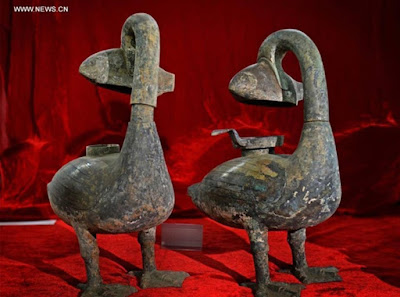 The smoke lamp: A goose-shaped Chinese contraption designed to 'swallow' smoke produced by the burning of wax, which is consequently dissolved by water in its belly.

Two such lamps were this week discovered by archaeologists in China. Dating back to the Western Han Dynasty (roughly 221 - 206 BC) and made of bronze, they preempt the eco-friendly craze by roughly 2200 years - and could teach modern Chinese a thing or two about environmental awareness. 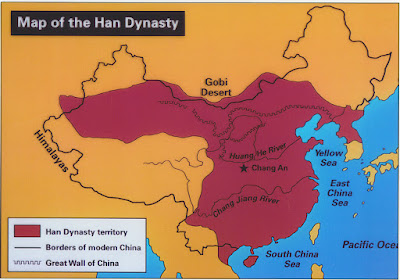 Bronze lamps were a staple of the Han Dynasty, but these smoke absorbent ones are the first such discovered of their kind. Xin Lixiang, who led the excavation, says that the discoveries are set to change existing conceptions of Han industry.

The fact that none have been discovered before makes this story particularly - ahem - absorbing; the findings hint at an element of exclusivity in Western Han society. It is likely that the increased production of bronze lamps reduced their price, encouraging more innovative variations of bronze lamps to be devised.

The ingenious nature of the smoke lamps doesn't stop there. The ability to adjust the brightness of the lamp, a feature not even universally present in modern lamps, was enabled through the use of swinging shades. Furthermore, the whole lamp could be dismantled according to the anatomical parts of the goose, in order that it be preserved and maintained. 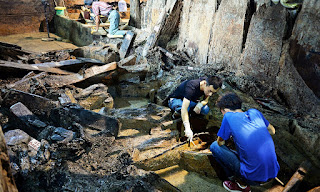 And as with many ancient Chinese innovations, function is complemented by form - which typically draws on beguiling natural imagery:

"It is both an artwork and an example of ancient innovation," said Lixiang, who spoke to Chinese news agency Xinhua.

The finding was made in a cemetery - Hailhunhou - in Jiangxi Province, itself an archaeological discovery dubbed the most "complete Western Han Dynasty cemetery" yet discovered in China by ancient-origins.net.

Excavations at the site first began in 2011, and the lamps symbolise the promise of new discoveries yet to be made.

Posted by Export & General Insurance at 13:37 No comments: 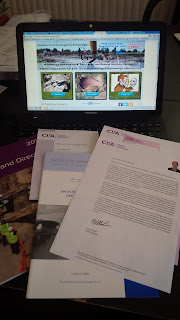 At last my membership pack from the Chartered Institute for Archaeologists has arrived!  I might only be an Associate, but it is a start!

I realise that the CIfA is not loved by everyone across the archaeology sector in the UK - and I understand why – but at least it is something of a central hub for archaeology professionals.

I look forward to gathering further opinion at the CIfA annual conference in April next year…..presuming that as an Associate member, I am invited…..and not banned again this year from attending by CIfA’s only insurance partner……