Of course this is an insurance which developers can buy (and which we will be providing in the near future), but I thought it useful for archaeologists to have a look at the guidance as set out by RICS (Royal Institution of Chartered Surveyors) as it is a good idea to be familiar with what is being advised.

RICS also refers to PPG16 which has been replaced by Planning Policy Statement 5: Planning for the Historic Environment.  (Click here to see PPS5 guidance).

The RICS Construction Standards are as follows (click here to see the original):

3.8 Unexpected archaeological discovery insurance
In order to appreciate the need for the above insurance it is necessary to understand the role played by archaeology in the planning process, the potential losses that may be insured and the point at which insurance cover should be sought. All these issues are dealt with below.

To a large extent the risks that the developer runs can be identified, assessed and mitigated but, as explained, a degree of risk is still left and it is this residue that may be insured. 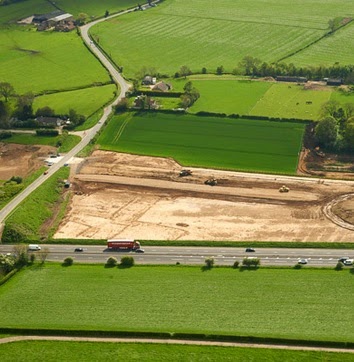 The UK is very rich in archaeological remains and much of it still lies undiscovered. This evidence of our past is an irreplaceable national asset. It is protected by a host of legislation that is designed to trace and preserve it. Archaeology is an essential part of the planning process, a material consideration that cannot be ignored. Whereas some archaeological sites are scheduled ancient monuments or otherwise protected under specific legislation, most sites come under the government Planning Policy Guidance, Note 16 (PPG16), on Archaeology and Planning. This is arguably the most important publication relevant to archaeology and development in England. PPG16 establishes procedures to ascertain the archaeological impact of a development so that the planning authority can make an informed decision about how best to safeguard archaeological interests. It rests on the principle that archaeological remains are a valuable and finite part of our heritage that should ideally be preserved in situ even if they are not scheduled. Basically, it requires the developer to discuss the proposed development with the planning authority and, if requested, to include relevant information with the planning application. This often means that an archaeological study of the site has to be commissioned and is where specialist commercial archaeologists such as MoLAS (the Museum of London Archaeology Service) come in.

Stage one - a desk-based study will assess the likelihood and extent of any remains on the site based on the archaeological and historical background of the site, the extent of disturbance caused by any earlier construction work and the impact of the proposed scheme. This study should be designed to provide the local authority with all the information it needs to decide on the appropriate archaeological treatment of the site. The study may suggest options in accordance with the client’s wishes but it is the local authority that will have the last word. There are three likely outcomes of this study:

Stage two - a field evaluation may be required. This will usually be carried out in accordance with a brief set by the local authority, along with the proposed research objectives and method statements set out in the project design produced by the archaeological contractor. The evaluation – whether required pre-or post-determination - will then be submitted to the authority and they will either require further work or the archaeological planning condition will have been discharged subject to archiving of appropriate material and publishing results as specified.

Stage three - if further work is required, the developer and the archaeologist should now get together to identify measures to mitigate the impact of the proposed development on the archaeology. This third stage can go two ways: either the local authority will specify that archaeological deposits must be preserved in situ, without being disturbed, or they will specify that they should be excavated and recorded by professional archaeologists, normally under a planning condition. This can involve a lot of expense in changing working methods on site in order to preserve remains or in redesigning the foundations and other parts of the works. Their proposals, once agreed with the authority and the curator, have to be set out in detail in an archaeological project design that may then be appended to the ensuing legal agreement between the archaeological contractor and the developer. 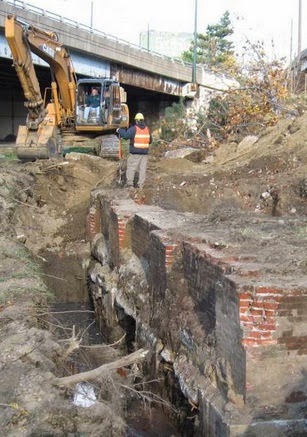 3.8.3  Identifying the risk of unexpected discovery
It is worth pointing out that early consultation between developers and archaeologists is beneficial. It may then be possible to anticipate events. Money could be saved by combining the desk assessment with the field study or by combining archaeological evaluation with geotechnical investigation work. Money can also be saved by having professionals with experience in smoothly integrating archaeological fieldwork into complex construction programmes. Sometimes, for example, archaeological excavation takes place within standing buildings before demolition.

Once the archaeological work has been agreed, the use of a legal agreement has the effect of placing most of the risk with the archaeologists carrying out the work within the agreed programme and budget. However, the developer remains at risk if there is an unexpected archaeological discovery on site that causes further delay or additional cost or even a permanent loss of site value. It is against these possibilities that insurance can be taken out. The insurance requirements may be considered under the following headings. The most commonly purchased ones are delay and redesign, followed by additional archaeological costs and cancellation.

1.    Delay costs - additional costs incurred in relation to the delayed completion of the development, which the insured is legally liable to pay. This is likely to be the most significant unexpected cost to the developer and would include additional interest payments.
2.    Additional archaeological costs - incurred in undertaking a scheme of archaeological work, including fieldwork, post-excavation work and preparation of results to an agreed standard for publication, as required by the planning authority or other statutory or curatorial organisation.
3.    Cancellation costs - can be incurred as a result of the necessary cancellation of all or part of a project because of revocation of planning consent or the spot designation of unexpectedly discovered remains as a scheduled ancient monument.
4.    Redesign costs - the developer can incur this cost as a result of a requirement to revise the layout or constructional details of a project in order to ensure the preservation of unexpectedly discovered archaeological remains.
5.    Loss of profit - the nature of the ‘profit’ would vary according to the insured’s business but would include loss of rent.
6.    Loss of value - in extreme circumstances an unexpected discovery might mean a loss of space or even a whole storey with the result that the market value of the development is reduced. Before any quotation for insurance can be given, an independent risk survey by the underwriter’s archaeological consultant is required. The consultant’s fee, which is usually between £500 and £2,000, has to be paid in advance and is non-refundable. Underwriters’ minimum premium for this class of business is £5,000.

Insurers do only cover the unexpected so it is important to get cover in place after the basic work described above but before someone starts digging foundation trenches. In the sequence of stages set out above it makes most sense to deal with insurance requirements as soon as possible in stage three. There can often be delays while the local archaeological or planning authorities decide exactly what their requirements are, but as soon as these are sorted out insurers should be in a position to get things done quite quickly.