PITY the poor sailors of the Mary Rose. In 1545, the lives of more than 400 men (and one dog) were lost when Henry VIII's flagship took on water and sank between the Isle of Wight and the English mainland. There it, and the remains of at least 179 sailors, rested for more than four centuries. What was left of the ship was raised in 1982, and the remains became the spoils of the Mary Rose Museum in Portsmouth. As if that were not ignominy enough, now people are shooting lasers at the sailors' bones.

Read more in the Economist or
Journal of Archaeological Science, Volume 53,January 2015, Pages 516–520 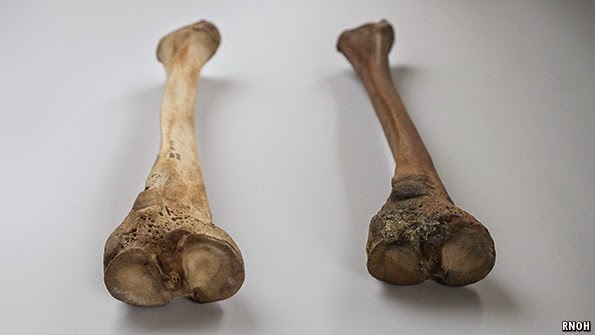